In this section you can find more information about hand, wrist and arm problems. 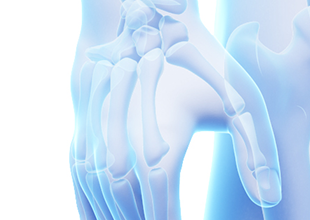 Hand pain can be caused by anything from a trapped nerve to an underlying disease such as arthritis. If the pain persists even after resting your hand and taking painkillers, or if you have other symptoms and are uncertain of the cause, see your GP.

In the meantime, you can read this page to learn about the common causes of hand pain. It may give you a better idea of the problem, but you shouldn’t use this guide to diagnose yourself – always leave that to your GP.

Common causes of hand pain are:

Carpal tunnel syndrome is a relatively common condition that causes pain, numbness and a tingling sensation in the hand and fingers.

These sensations usually develop gradually and start off being worse during the night. They tend to affect the thumb, index finger, middle finger and half of the ring finger.

Carpal tunnel syndrome is caused by compression of the nerve that controls sensation and movement in the hands.

It will sometimes get better on its own. Otherwise, wrist splints and corticosteroid injections are often recommended. There is a lack of evidence to support the use of non-steroidal anti-inflammatory drugs (NSAIDs), such as ibuprofen.

Surgery (carpal tunnel release surgery) is usually only recommended for severe cases of carpal tunnel syndrome, when symptoms last for more than six months or other treatments have not been effective.

Arthritis is a common condition that causes pain and inflammation in a joint.

Osteoarthritis is the most common type of arthritis in the UK. It often affects three main areas of the hand:

The fingers may become stiff, painful and swollen, and bumps may develop on the finger joints. Over time, the pain may decrease and eventually disappear altogether, although the bumps and swelling can still remain.

The fingers may bend sideways slightly at the affected joints. Painful cysts may develop on the backs of the fingers.

In some cases, a bump may also develop at the base of the thumb, where it joins the wrist. This can be painful, making it difficult to perform manual tasks such as writing, opening jars or turning keys.

Osteoarthritis also commonly affects the knees and hips, so is probably the cause if you have pain in other joints as well.

The hands and wrists can also be affected by rheumatoid arthritis.
Rheumatoid arthritis is an autoimmune disease. This means that your immune system (which usually fights infection) attacks the cells that line your joints by mistake, making them swollen, stiff and painful.
The hand pain associated with rheumatoid arthritis is usually a throbbing and aching pain. It is often worse in the mornings and after a period of inactivity.

A ganglion is a fluid-filled swelling that develops near a joint or a tendon, ranging in size from a pea to a golf ball.

It looks and feels like a smooth, soft lump under the skin. It is made up of a thick, jelly-like fluid, called synovial fluid, which surrounds joints and tendons to lubricate and cushion them during movement.

Ganglions are most common on the wrists (particularly the back of the wrist), hands and fingers.

They are generally harmless, but can sometimes be painful, especially if they are next to a nerve.

De Quervain’s disease is a painful condition that affects tendons where they run through a tunnel on the thumb side of the wrist.

The sheath surrounding the tendon becomes swollen and thick, and moving your thumb will be very painful.

The cause isn’t understood. Some sources claim it is a type of tenosynovitis (see below) or tendonitis, but this is not true. De Quervain’s disease is not associated with inflammation.

Some mild cases get better on their own after a few weeks of rest and avoiding the activity that triggered it. A wrist splint or a corticosteroid injection may help.

Severe cases may need to be treated with surgery, which involves widening the tunnel through which the tendon passes.

Trigger finger is a condition that affects the tendons in the hand. When the affected finger or thumb is bent towards the palm, the tendon gets stuck and the finger clicks or locks. The exact cause is not known.

The symptoms can include pain, stiffness, clicking and a small lump in the palm at the base of the affected finger or thumb.

If you think you may have trigger finger, make an appointment to see your GP, so they can examine your hand and offer advice about treatment.

In some people, trigger finger may get better without treatment.

Tenosynovitis is pain and inflammation of the sheath that surrounds a tendon. It’s a relatively rare cause of hand pain that can affect the wrist or the fingers.

The cause is not always known. It may be brought on by a series of small injuries to the tendon, a previous injury or strain, infection, or rheumatoid arthritis.

It’s important to rest the hand or keep the tendons still, to allow recovery. You might be able to relieve the pain and inflammation by applying heat or cold to the area, and by taking non-steroidal anti-inflammatory medications (NSAIDs) such as ibuprofen.

Tenosynovitis caused by infection will need treating with antibiotics.

After the hand has recovered, strengthening exercises using the muscles around the affected tendon will help prevent the injury returning. Your GP or physiotherapist will be able to advise about this.

It is often obvious when you have broken your finger or wrist bone, as your hand will be extremely painful, and there may also be swelling or tenderness around the injured area.

If you think you have broken a bone, go to your nearest accident and emergency (A&E) department.

NHS Choices was launched in 2007 and is the official website of the National Health Service in England.

Let us know your views 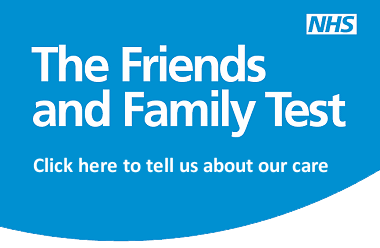 As a new service, we welcome your comments and feedback. The Friends and Family Test helps us improve and thank our staff. 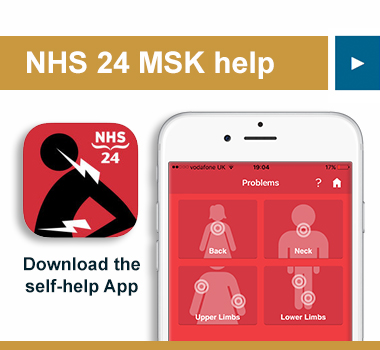 Try this new app designed to use on both iPhone and iPad. This application – NHS 24 MSK help – is offered completely FREE to download here.

Opening hours are Mon – Fri 8am till 5pm. You can call this number outside these hours and a member of the iMSK team will return your call within 24 hours or by the next working day.

The links above will give you travel information for each site.